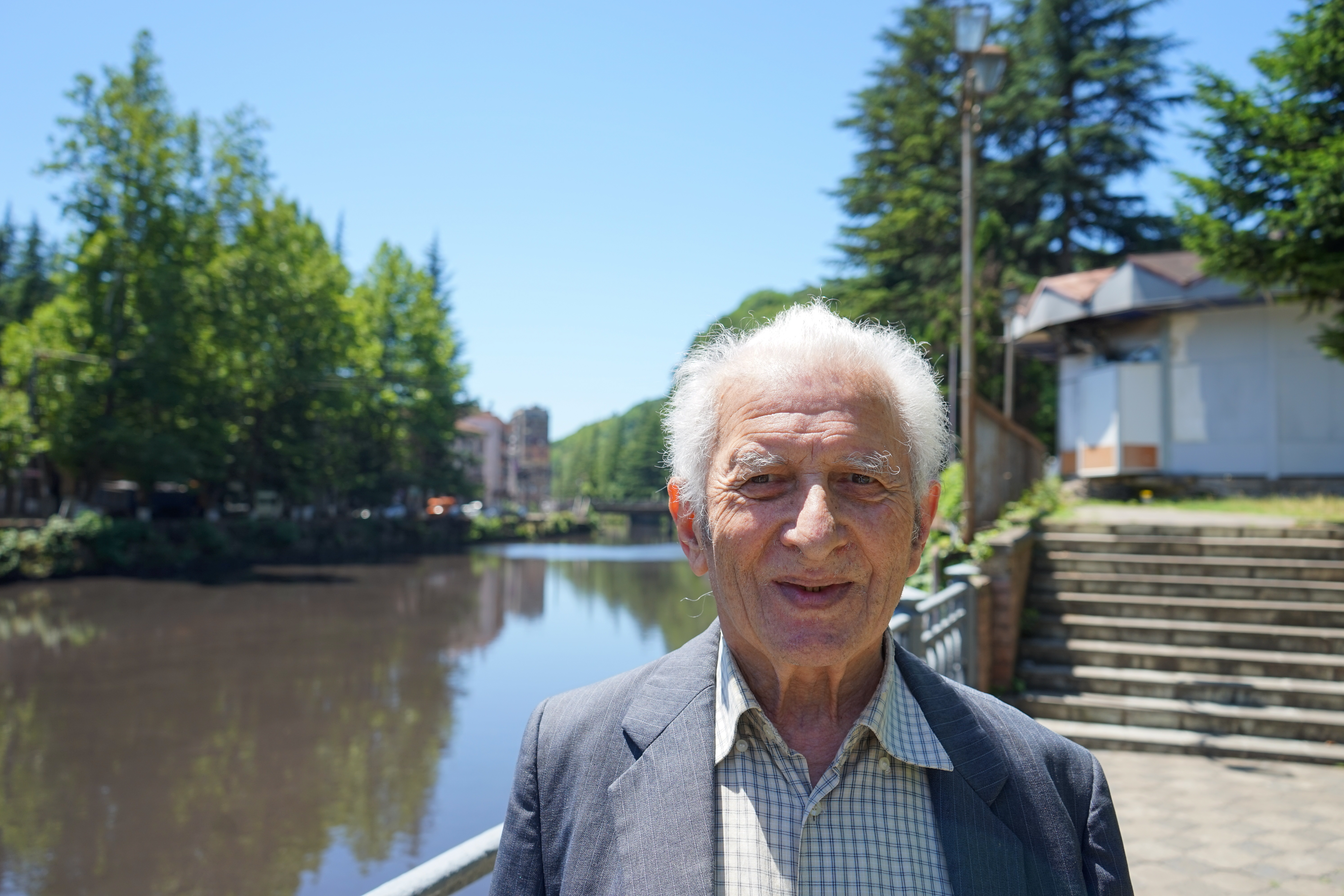 Grigori or Grisha, as he likes to be called, is an 87-year-old pensioner from Chiatura. The Georgian mining town rose to prominence in the 1930s during the Soviet industrialisation campaign. By some estimates, Chiatura used to produce more than 50% of the world’s supply of manganese, an important ingredient in the production of heavy weapons. These record-breaking extraction figures fit well into the jubilant propaganda of the 1930s, that celebrated heroes of labour like Stakhanov who over-fulfilled their quotas multiple times. To ease transport between the mountain city and the mines, more than a dozen cable cars were built in the early 1950s. Many of them constructed in the glorious Stalinist style of the time, accentuating the utopian socialist idea of a society weightlessly floating towards the communist paradise.

Grisha, who used to work as a mining engineer in Chiatura, can tell stories about the less jubilant aspects of Stalin’s times. At the height of the Great Terror in 1937 his father was arrested and taken away by the NKVD. His family did not believe that he would ever come back. People were arrested by the hundreds, to be shot or sent to Siberia, he explained. Although he was only 5-6 years old he remembers the stifling fear that was torturing everyone at the time. His father was lucky and got released after some time, but many others in town just vanished.

After the war, there were a lot of German prisoners of war in town, who had to build bridges and factories. Locals usually did not talk to them, but Grisha who later studied engineering in Baku, remembers the German songs they were singing. He even sang one for me that he remembered, but it was hard to recognise the words.