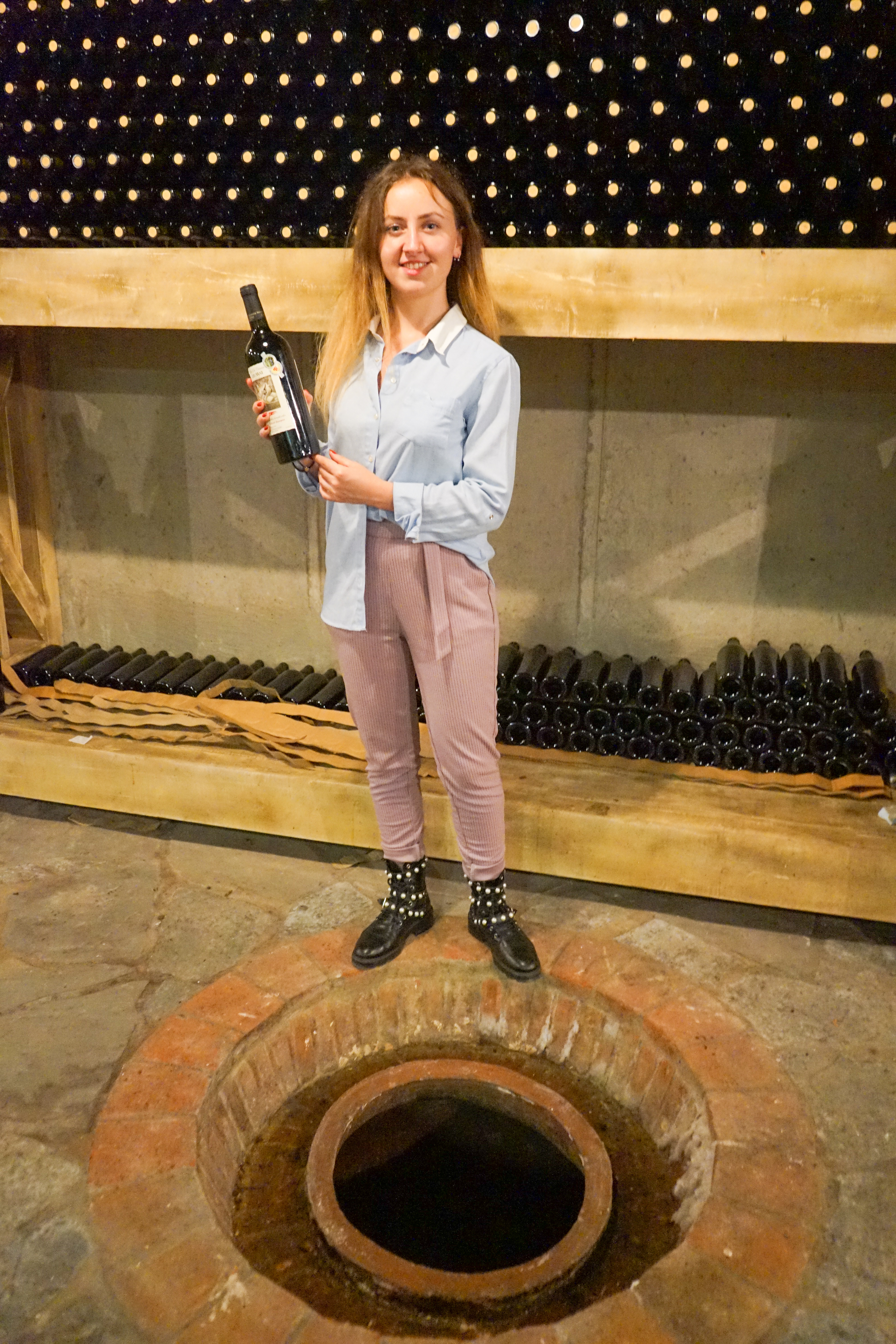 Mariam is a wine guide at Giuaani, in Kakheti, Georgia’s ground zero for winemaking. The resort was founded in 2010 by a former Georgian MP, but at the same site, there have been vineyards for centuries. The wine here is produced in the traditional Georgian way, using Qvevris, very large clay vessels buried in the ground (note the hole in the ground on the photo) in which grapes are fermented with their raw materials, giving rich, structured, tannic wines. This not only yields classic red, but also unique amber coloured wines, which have become somewhat of a trend in the international wine scene. At Giuaani, these traditional methods are combined with modern technologies to produce high-end wine, mainly for demanding Western markets.

Georgia is the country where wine was first produced in the world. The oldest traces of wine have been found there by archaeologists, which date back to at least 6000BC. In fact, The fertile valleys and protective slopes of Transcaucasia and Georgia’s climate conditions are optimal for wine-making. Due to the many millennia of wine in Georgian history and its prominent economic role, the traditions of wine are considered inseparable from national identity and are a source of great pride. Georgian wines have always been the most highly prized and sought after in the Soviet space and Georgian restaurants were considered the most prestigious.