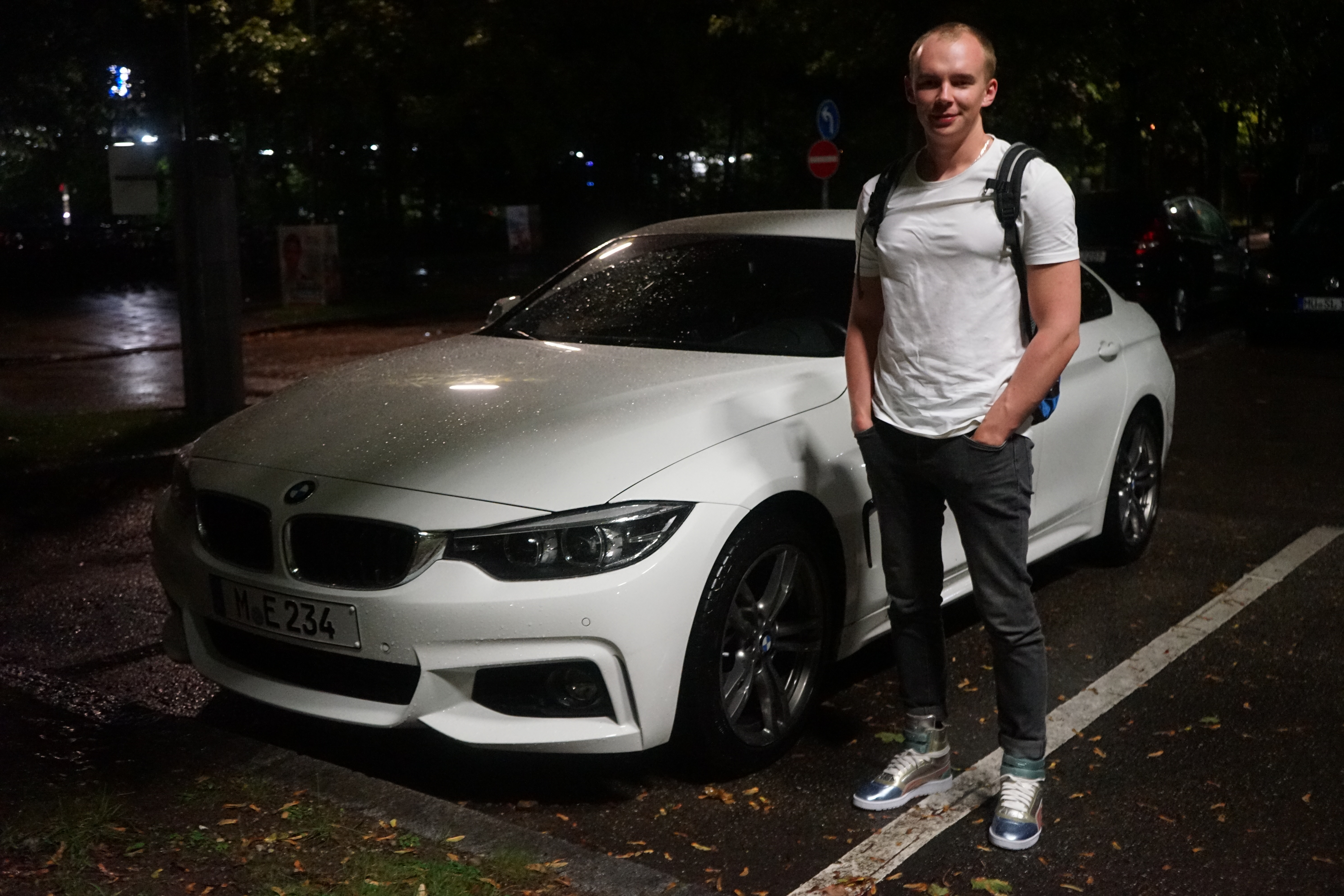 Eduard Kaufmann was born in Tula, Russia. But as both his parents have German roots, his family moved to Offenbach in Western Germany when he was 10 years old. He said that he was not interested in going back to Russia at all and that he does not even feel the urge to visit. He is currently working in IT system administration in Munich and seemed quite proud of his BMW. He said that he does not hang out with other Russians or Russian Germans much and is not very interested in Russian culture in general.

With the collapse of the Soviet Union, around 2 million Russian-Germans moved from the former USSR to Germany to search for a better life. Their ancestors had emigrated to the Russian Empire starting with the reign of Catherine the Great in the 18th century. While few of them still spoke German well following decades of deportation and discrimination during and after WWII, most of them have been very keen on getting assimilated in Germany.