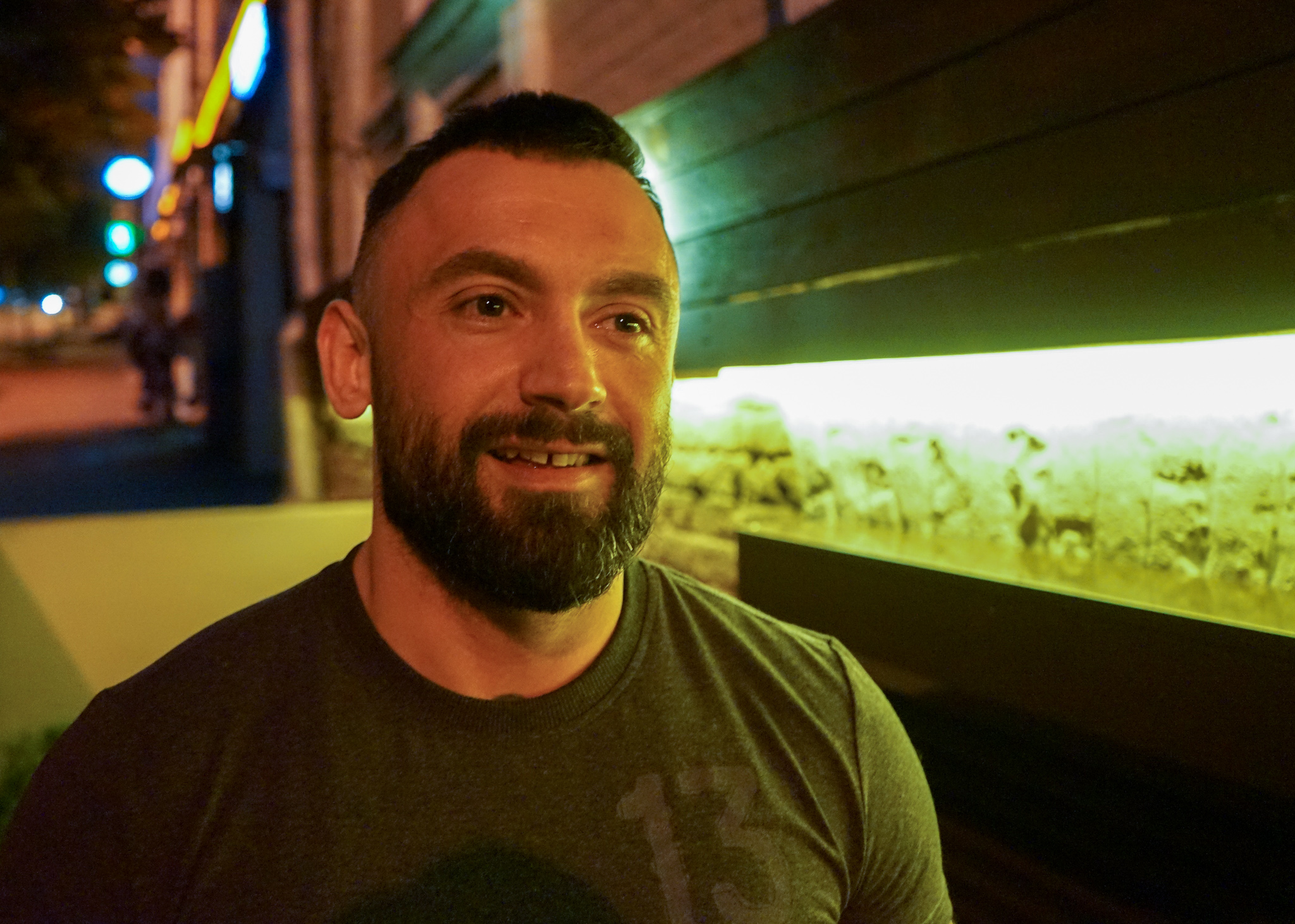 Leonid is co-founder of Veterano Pizza, a restaurant in Kyiv run by veterans of the Donbas war. Over a pizza and beer, he told me his story.

“When the Russians infiltrated the Donbas, I wanted to go there and fight immediately. But the army did not take me. I only got 3 weeks of training. But I didn’t need that, I studied at a military school, and my father was in Afghanistan with the Soviet army. I had a good understanding of what war is.” He said that the Ukrainian volunteer battalions that fought in Donbas were often not well trained, they only had light weapons, but they made up for it with their high motivation.

“Until July 2014, we kicked the terrorists’ ass. In two months, we almost kicked them out of Donetsk and Luhansk. But then those Russian fuckers entered the war.” In August 2014, the Ukrainian army was badly mauled in the battle of Ilovaisk by what most experts agree were official Russian troops. After that, Leonid and his unit left the front for refitting, but he was again fighting in 2015 near Donetsk airport, where some of the fiercest fighting of the war took place.

When he came back to Kyiv, he had difficulty reintegrating into civilian life and founded Veterano Pizza together with other Donbas veterans. The restaurant offers high-quality pizza as well as a place for veterans to mingle and feel at home.

Leonid was fighting around Kyiv at the beginning of Russia’s full-scale invasion of Ukraine.