Hotdogs for Ukrainian soldiers taking a break from fighting 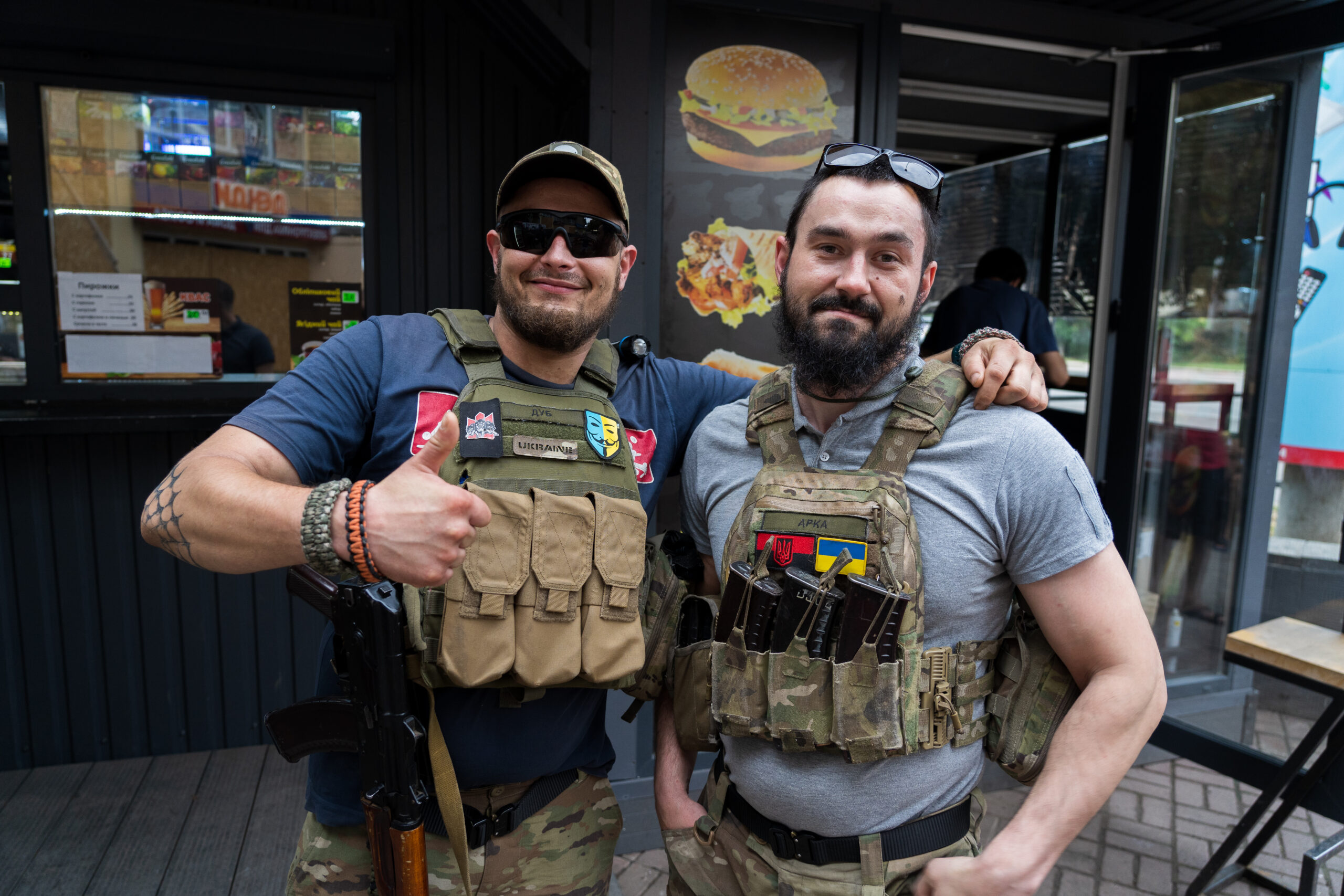 Arka and Dub were queuing up for the “best hotdog in Kramatorsk”. The place is a popular hangout spot for Ukrainian soldiers taking a break from duty at the frontlines around 20km away. Both are from Zakarpatia, the extreme West of Ukraine and had no problem communicating in Russian with me. They are artillery men and their battalion is made up of people from all over Ukraine. They are fighting near Bakhmut, a town which has become a hotspot in the fighting on the Donbas front. “There are a lot of gays in Europe, huh?” Dub asked us. “More than in Kramatorsk”, my friend replied. Laughter. “For them that’s nothing bad, its only us who make a fuss about it,” Arka explained to Dub.
Story and photo: August 2022.